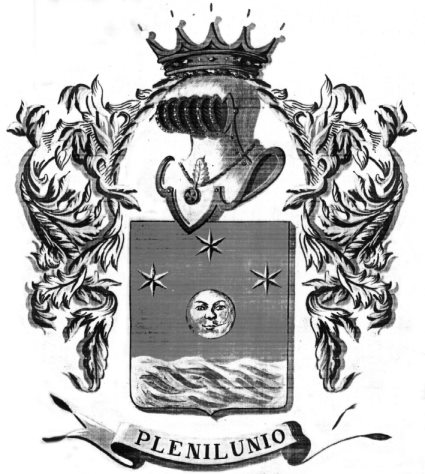 It is an ancient family hailing from Apulia, which attained its highest title when decorated with a heraldic privilege for the services rendered to its sovereign in the field of militia, embassy, justice, in the government and management of the republic.

For 56 years Plenilunio family has been working in the market of passementerie and embroidery, creating refined products.
Little high-quality masterpieces, created according with the ancient noble techniques of the past.
Skilful hands, fingers running and chasing one another, weaving and interlacing precious yarns, in order to create, through a patient, detail-oriented job, unique works.
Veritable miniature chef d’oeuvres.

In 1956 Giovanni Plenilunio from Mesagne, a little town near Brindisi, moved his business to Campi Salentina, in the golden valley of Salento, helped by his daughter Anna.
A production line of civilian and military friezes, originally destined to be exported to Canada.
Since that time, the company’s history becomes rich in new indents and commissions, such as the creation of the friezes for the Hussars, for the guard of the Queen of England, the embroideries on the tail coats of the British Royal House on the occasion of the crowning of Queen Elizabeth II, the creation of the “chevrons” of Air Force, and those of the French and German armies, and the refined, blazing chevrons on the uniforms of the American Marines, as well as the friezes of the Italian Air Force and Navy.
Obviously also the memorable corps of Carabinieri and the President’s guard, which are still customers of the Plenilunio company for the creation of friezes and military insignia for their  high officers.
The company manufactured some particular works as the personal military  cap of the Libyan Colonel Gheddafi, the manufacturing of uniforms for the staff of the Royal House of Norway and for the Royal Guards who took place to the coronation of Queen Elizabeth.